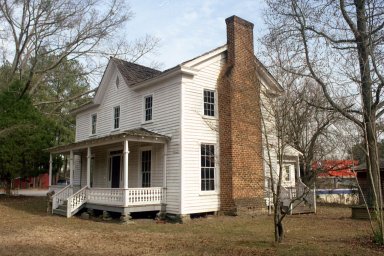 “The Russell House is an iconic Palm Springs property with a stellar view of the entire Coachella Valley. Sitting at 660 Palisades Drive between the famous Albert Frey residence and equally renowned Burgess house, it is a timeless Frey-designed gem,” explains HOMES RUN President Kevin Blessing. “We are looking forward to offering the home for private vacation rentals and high end fashion and editorial shoots to an elite and discerning clientele.”

Albert Frey, one of the most important modernist architects of our time, lived and worked in Palm Springs for seven decades.  Over a long and prolific career, he produced such notable local landmarks as the Palm Springs City Hall and the Aerial Tramway Valley Station.  One of Frey’s most notable residences is The Russell House, which was built in 1959 and is included on the Historic Preservation List for the City of Palm Springs.

There are only three hillside homes perched prominently on the private gated road of Palisades Drive at the west end of Tahquitz Canyon Way, all of which were designed by Frey.  The Russell House was the first of the three residences to be built, followed by the Burgess House in 1962 and the Frey II House (where Frey lived until his death in 1998 and bequeathed to the Palm Springs Museum) in 1963-64.
The Russell House soars 200 feet above Palm Springs with spectacular unobstructed panoramic views of the Coachella Valley below and the mountains in the distance.  The Russell House’s adjacent tennis court ascends 250 feet.  The house is of steel and wood-frame construction with large spans of glass that open up the residence to the outdoors.

As the Frey II House is famous for a huge boulder protruding into the living room, which the house was designed around, The Russell House’s infinity edge pool (one of the first ever built in the Coachella Valley) and infinity edge Jacuzzi surround a huge boulder that is a lasting testament to Frey’s genius.  At the north end of the outside terrace and patio that spans over 3,000 square feet is a breathtaking natural form rock 30-foot waterfall that cascades into a coy pond.  The site is spectacular and is often utilized by national and international magazines for fashion and architectural photo shoots.

The Russell House spans 1,700 square feet and is situated on a north-southwest axis in relation to the rectilinear, man-made grid imposed on the desert below the site. The platform is placed in relationship to the natural contours of the mountain, and the oval shape of the pool is the result of the interaction of these elements.  Frey designed the pool to resemble a sandy beach but was unable to fulfill his vision due to the limited materials available at the time.  The current owners obtained the original Frey plans and design specifications through the Palm Springs Art Museum and were able to complete the design for the pool that Frey originally intended.
In the ‘80s, famed movie producer Allan Carr (“Grease”) owned and lived in the residence.